Under this heading we publish interesting reads and longreads from elsewhere. Currently: on the democratic legacy of pre-1917 Russian Marxism, the problems of monopolies of political ideas, and the revolutionary tactics of Engels. The articles presented do not form our opinion on the matter discussed. We present them for the purpose of discussion and education. 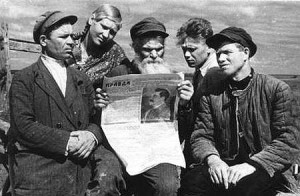 The forgotten legacies of Bolshevism Simon Hardy, author of Beyond Capitalism?, discusses the forgotten legacies of pre-1917 Russian Marxism. He argues that the Bolsheviks should be situated within a tradition of building broad parties that allowed for a plurality of tendencies and saw themselves as a tendency seeking to fuse a revolutionary democratic and communist politics with the militant leaders of the working class struggle.

The problem of ‘monopoly in the sphere of politics’ Simon Hardy continues his discussion of the forgotten legacies of pre-1917 Russian Marxism and looks at the problematic interpretations of Bolshevism found in the modern day Trotskyist movement by critically reflecting upon the post-war collapse of the left into warring sects.

Engels on revolutionary tactics, 1889-1895 The recently published MEGA volumes shed new and consistent light on Engels’s ability to analyze concrete problems, e.g. those arising out of the new historical situation following mass industrial action of workers in Germany and Great Britain in 1889 and the founding of the new International in the same year.

This work by Thomas is licensed under a Creative Commons Attribution-NonCommercial-ShareAlike 4.0 International